Welcome to our live online coverage of what is - depending on the country - either the final, penultimate or (drum roll) 23rd from last day of the 2017 summer transfer window.

In England, France, Italy and Germany, the market closes this evening at 23:59 CEST, 23:59 CEST, 23:59 CEST and 18:00 CEST respectively, while here in Spain clubs have until 23:59 CEST tomorrow to add to their squads. Over in Portugal, meanwhile, sporting directors across the nation are (presumably) yet to un-prop their feet from the desk - after all, their window doesn't snap shut until a whole three weeks from now, on September 22.

Join AS English for live transfer news throughout the day as we keep you up-to-date on all the movements happening in European leagues and beyond. Rumours, talks, expected deals, completed signings, contract extensions - it'll all be covered right here.

Some back-up for Harry Kane and a Plan B. Not a bad signing at all for Spurs.
Fernando Llorente is officially announced as a Tottenham player.
Wilfried Bony is a Swansea player again.
I gues this is one of them.
We could still see some action as there are six deals that can still go through.

Barcelona's interest in Mesut Özil was revealed on a Spanish radio show, 'El Partidazo de COPE'. With the Spanish transfer window open until tomorrow evening, there is time to complete the deal. Arsenal are asking for €60m for the German.

Barcelona are considering a €60m move for Mesut Özil, according to reports in Spain.
And another late done deal.
Still some life in this bad boy!

Half-time in that other big game in WCQ in South America. Colombia and Venezuela still drawing 0-0.

Leicester bring in Austria centre-half Aleksandar Dragovic on loan from Bayer Leverkusen.
A damn fine statistic.
A massive welcome home for Lucas Pérez as he lands in Galicia.
Aaaaand, another Barkley update. It appears he did have a late change of heart.
Palace looking to do some late business.
Barkley could still go in January...
This Barkley one is strange. He either failed the medical, didn't agree terms or else renaged on his already signed contract.
This one is dead too.
Italy's window SLAMS SHUT! Here ar their biggest deals.
This seems to be the only transfer left with the faintest of heartbeats...
Celtic with another signing.

It was always going to be a difficult deal to get done as he is on international duty.

Irish man on the move. Marc Wilson moves from Bournemouth to Sunderland for free.

Danny Drinkwater is awaiting permission by Leicester to have a medical at Chelsea. He is at their training ground in Surrey. 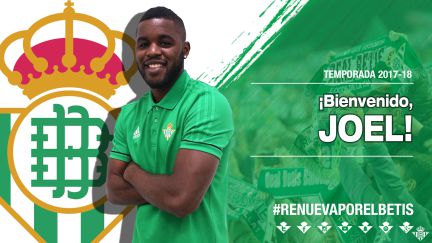 Barkley's career at Everton is on the rocks, or at least his relationship with Koeman. Chelsea clearly a step up but he is usure? Strange one, but a transfer that could still happen.
And, of course, Rayo sign former Atletico Madrid defender Emiliano Velazquez.
Real Betis with a quick winger to add to their group of exciting talent.

Andre Gomes was sprung form the bench against Faroe Islands. If he leaves Barcelona, it will have to be done quickly, or to a Spanish club as their window doesn't close until tomorrow.

All quiet at present. City have given up on Jonny Evans. Many of the deals we thought would come through have died at the final hurdle.

Ian Wright is really not happy with Arsenal's transfer window.

ESPNFC are now reporting that Spurs are trying their best to beat West Ham to the signing of Andre Gomes.

Liverpool send Ryan Kent to Germany on loan.
We know that as this way leaked on Instagram:

Fernando Llorente to Spurs is a done deal.

The French lads need to improve their negotiating skills.
Sakho on his way to Palace.

Lemar started for France tonight so there's very little wiggle room for anything to be done.

Manchester City defender Jason Denayer has joined Galatasaray for the second time on loan. He was also at the Istanbul club during the 2015/6 campaign, and this is his fourth consecutive season-long loan.

Lucas Pérez is very keen on moving to his native Galicia. He would be given a hero's welcome at Riazor, and would form the cornerstone of Depor's attack in a World Cup year. That loan move looks close to being confirmed, for a fee of €4m.
Spurs look good to bring in a couple of attack-minded players before the transfer window SLAMS - not just closes - SLAMS shut.
Goodness gracious me. Plot twists left, right, and indeed centre. This one could rumble on a little longer...
Oooh, Arsenal news! Serial loanee Joel Campbell has landed in Sevilla to sign for Real Betis.
It seems that inexplicably, everyone just left it too late.
Joel Campbell is in Seville and is set to join Real Betis on loan from Arsenal for the second time in his career:
Titter.
Liverpool have sent Belgian striker Divock Origi out on loan to Bundesliga club VfL Wolfsburg:

The Daily Mirror report that Arsenal have submitted a 98 million euro bid for 21 year old Monaco winger Thomas Lemar. The Daily Mirror, unsurprisingly, have categorised the bid as "stunning". Liverpool are also keen on the player, but their last bid was supposedly down in the mid 60-million euro region, which is now basically chump change in this hyper-inflated market. 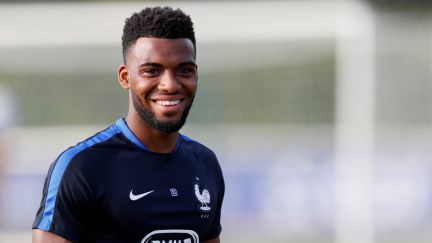 Renato is going to Swansea on a one season loan deal.

Official!
Betis player Digard has left the club, and is available as a free agent. Don't get too excited though thinking your club could pick up a cheap gem of a defensive midfielder, Betis expert Mayca Jiménez from AS.com says the fans of the club won't mind losing him at all.  "He's not really not very impressive; he has very little impact on games".

Official: Mbappé moves on a one year loan deal to PSG, with a cunningly crafted 180 million euro purchase option. 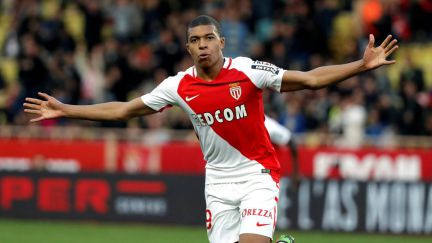 Tottenham Hotspur have confirmed the signing of right-back Serge Aurier from Paris Saint-Germain:
Here's the latest on the Coutinho situation from AS's own Guillem Balagué:
Liverpool have confirmed the signing of Alex Oxlade-Chamberlain from Arsenal on a "long-term deal". The England international joins for a fee of £35m plus add-ons.
And here's more on Bojan Krkic's expected season-loan move to Alavés:
German defender Benedikt Howedes is to be officially presented by Juventus today, having joined the Serie A champions on loan from Bundesliga club Schalke 04:
Former Manchester United winger Nani is in Rome as he prepares to leave Valencia for Lazio:
No confirmation yet from Stoke City (or Alavés) on that Krkic loan move, but the Potters have announced that central defender Ryan Shawcross has penned a new, four-year contract at the bet365 Stadium:
Bojan Krkic is to return to LaLiga in a season-long loan switch to Alavés, reports Guillem Balagué.

Barcelona right-back Douglas is in Lisbon ahead of a season-long loan move to Benfica, telling A Bola he's "very happy to be able to play for such a big club". 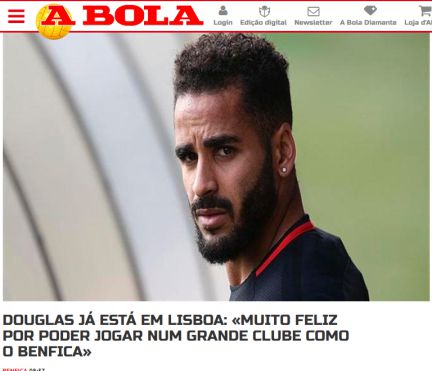 Could Riyad Mahrez be set to grace LaLiga?
Should you have woken up today asking yourself when it's all finally going to be over/how much more transfer-market joy is still left to be savoured, here is your answer:
We'll be keeping our eyes peeled for confirmation of this seemingly doner-than-done deal.
AS journalist Juan Jiménez reports that Leicester City schemer-in-chief Riyad Mahrez has left the Algeria squad for an "express trip back to Europe", with LaLiga giants Barcelona talking to the 26-year-old, and Arsenal and Chelsea also options.