The Galician club and Arsenal reached an agreement on Thursday evening. Depor will pay a fee of around four million euros for the loan arrangement.

The wait is over for Lucas Pérez who will return to Deportivo after the Galicians reached an agreement with Arsenal this evening. The striker will spend the rest of the season on loan with his hometown club. Depor will pay a fee of around four million euros in the loan arrangement - one year and one day since the player moved to Arsenal in a four-year deal.

It's been an ongoing saga since the middle of June when Arsenal put the 28-year-old on the market. Deportivo stated that they would take the player back in a shot but could not meet the 15 million euro asking price - even after signing a lucrative, five-year sponsorship deal with Abanca. Club president Tino Fernández put in a 12.5 million euro offer only for Arsenal to suddenly change their minds leaving a loan deal the only option open to the Galicians.

Depor faced mounting competition for Pérez with Fenerbahçe, Newcastle, Levante, Valencia, Olympique Lyon and Sevilla attempting to sign him but in the end, the player's determination to return home made the operation possible. 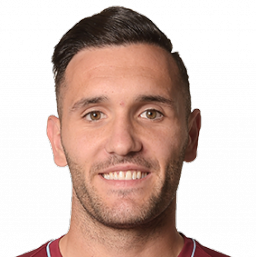