The Real Madrid boss admitted the club had tried to sign someone after the departures of Álvaro Morata and Mariano: "I believe in Mayoral."

Zinedine Zidane spoke to reporters ahead of Real Madrid’s Champions League match against APOEL and analysed the game and the club’s current situation, with Cristiano Ronaldo to return to the side as his five-game ban does not apply to European competition.

Zidane admitted that his side face a slight problem in the absence of Karim Benzema for a period of four to six weeks, leaving the Real boss with only one recognised striker in Borja Mayoral after the club sanctioned the departures in the summer of Álvaro Morata and Mariano.

Zidane: "I wanted Morata to stay"

“It’s true that when you look at the players that we had, like Morata and Mariano, when you look now and you have only have Mayoral you could think we lack a number nine and that might be the case. At the end of the day it wasn’t to be, above all with Morata. I’d have liked him to have stayed but he wanted to play more and he wanted to leave. In the end we couldn’t get anybody else in. I don’t want to go around in circles. I believe in Mayoral. He’s young, he’s eager and he’s hungry. We have Karim but he’s not available, and we have Gareth… we’ll manage with the players we’ve got and we’ll do it well, I’m convinced of that.”

Zidane elected to leave Mayoral out of his squad for the match against but confirmed that he will be on the list for APOEL. Last Saturday’s draw in the Bernabéu was the side’s second consecutive stalemate at home in LaLiga and the Real boss expressed his desire to see Ronaldo out on the pitch again for the first time since his red card and subsequent five-game suspension for shoving the referee in the Spanish Super Cup against Barcelona.

"Cristiano does more than score goals"

“We’re happy to have Cristiano back. He will play tomorrow but we’ll be without him again on Sunday. I hope that’s the last time this season he’s not available. Cristiano does more than score goals. He’s an important player in the squad, he’s a leader who always wants to win and that rubs off on the others. He’s very happy to be back as well because he loves playing football. Mentally he’s fine, physically he’s fine. With everything that has happened recently he has his head on straight and I’m very happy to see him back on the pitch.” 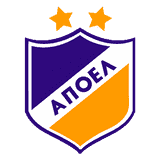