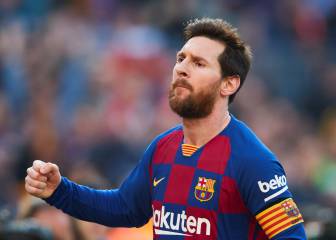 Jurgen Klopp's men start their Group E campaign this evening at Anfield anxious to banish the ghosts of Saturday's 5-0 defeat to Man. City.

Two teams who scrapped it out in the 2016 Europa League final meet again in the Champions League group stage. Liverpool will be wanting exercise their revenge for that defeat in Basel, and while Jürgen Klopp’s team haven’t changed too much, Sevilla are an entirely different outfit – coaches Unai Emery and Jorge Sampaoli have long departed, as has Director of Sport Monchi; new manager Eduardo Berizzo has different ideas to both of his predecessors, and had tended to play with a sweeper and a lone striker but his side looked impressive in the 3-0 win over Eibar at the weekend. The Andalucians, who qualified through the Play-Offs beating İstanbul Başakşehir, are comfortably placed in third in the league table and as yet without defeat. It says a lot that they have only conceded one goal in three league outings so far...

Their hosts will probably be in less lofty spirits after taking a 5-0 thrashing to Manchester City on Saturday. Up until that defeat, the Reds had been looking confident although questions marks over the defence and their vulnerability from crosses persist. Klopp’s team have conceded eight goals in four games – which means they are already averaging two per game – similar to the mean over the past four or five seasons. On a more positive note, in attack, Liverpool’s front pair Sadio Mané and Mohamed Salah are putting the fear of life into rival defences with their explosive pace, a quality which the team does exploit to stunning efffect although their attacking play can occasionally stutter when the players have to patiently build moves from around the box.

It’s forecasted to be very blustery night at Anfield with the possibility of rain which could change both managers’ approach to the match – especially Liverpool’s long-ball tactics which could be reined in if the gusty weather makes reading the ball too unpredictable.

Klopp will have already decided whether Philippe Coutinho will start the game or not. The Brazilian has yet to feature at club level this season as the manager has been keeping him away from the media limelight since Barça's botched attempts to sign him over the summer. Coutinho is match fit though and did well during the recent 2018 World Cup qualifiers with Brazil. Another doubt is who will guard the net. Simon Mignolet started against City but Klopp is expected to rotate his keepers and could bring in Loris Karius for the team’s Cup games.

Man to watch: Mané. He has been the team’s best player by far this season. Electric, composed and stylish, the Senegalese forward is already on three league goals and is forming a decent partnership with Salah although he is the more efficient of the two. He was sent off at the weekend for a horror challenge on City keeper Ederson but will serve his ban in the domestic competition, not in the Champions League.

Berizzo is without summer signing Nolito who picked up a hamstring injury during the Eibar game and midfielder Johannes Geis, who was taken off towards the end of the same match, didn’t travel with the squad. That will change Berizzo’s gameplan as much of Sevilla’s attacking play against Eibar came down the left channel; as Liverpool are probably aware, Sevilla like playing low, squared balls in across the face of goal from either flank and there is always someone lurking, Ben Yedder, Ganso or Luis Muriel, to tuck the ball away.

Man to watch: Ganso. The Brazilian struggled to find his feet after arriving from São Paulo last year and was sparsely used by Sampaoli but he is blossoming under Berrizzo. He netted the winner against Getafe and found the target again against Eibar. An instinctive finisher who now has the confidence he was lacking last term.

Both Liverpool and Sevilla enjoy playing open, attacking football which means there is a chance we could see a lot of goals – unless the bad weather has a detrimental effect on play. Klopp’s team are the runaway favourites for the bookies with Sevilla at 4/1 to record their first ever win at Anfield. Newboy Alex Oxlade-Chamberlain is at 55/1 to score his debut goal for the Reds, and ex-City winger Jesús Navas at 200/1 to have his name read out at some point during the game by George Sephton.