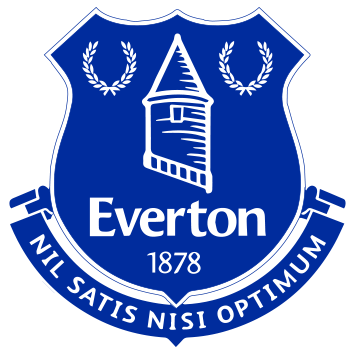 60' Change Out Rashford in Jesse Lingard

76' Change Out Mata in Ander Herrera

87' Change Out Mkhitaryan in Anthony Martial

65' Change Out Thomas Davies in Sandro

75' Change Out Idrissa Gueye in Calvert-Lewin

81' Change Out Rooney in Mirallas

Wayne Rooney suffered a miserable return to Old Trafford as his old club Manchester United thrashed Everton 4-0 with a flurry of late goals to go joint top of the Premier League on Sunday.

Rooney, who went back to his boyhood club in July after 13 years with United in which time he scored a club-record 253 goals, wasted two good chances to cancel out Antonio Valencia's stunning early strike for the hosts.

He was substituted late on and then watched United add three more goals through Henrikh Mkhitaryan, former Everton striker Romelu Lukaku and Anthony Martial. A rather flattering victory lifted United level at the top with Manchester City. Both sides have 13 points from five games and have scored and conceded the same amount of goals.

Everton, who had dominated much of the second half despite having little recovery time from Thursday's Europa League defeat by Atalanta, dropped into the bottom three with four points.

"I think the performance was very good, especially in the first 30 to 35 minutes," United manager Jose Mourinho said. "It was probably our best performance of the season.

"There was a moment were I felt we did not kill it so we have to make it solid with Ander Herrera. The second goal went in, then game over."

"Sometimes in football you get more than you deserve but today we deserved more than we got," he said. "What I saw today of my team made me happy."

Important win and 100 clean sheets 😳 I never imagined I would reach that figure. Thank you all 👊🏻 #mufc pic.twitter.com/JOY5MYTmoc

United took the lead after three minutes with a goal of stunning quality.

Nemanja Matic played a crossfield pass and as the ball zipped off a rain-soaked surface, Valencia connected with a right-foot shot that flew past Jordan Pickford into the net.

Rooney was given a warm ovation before kick off from the United fans, some of whom held up banners saying "Red Legend", but it was not a memorable afternoon for the 31-year-old former England skipper.

After 20 minutes he slid a left-foot shot wide of the post and in the second half he shot straight at United keeper David de Gea from close range, while Gylfi Sigurdsson was also denied by the Spaniard.

Juan Mata struck the post for United with a left-foot free kick before Lukaku, who wasted a good chance in the first half, set up Mkhitaryan after 83 minutes to slide in United's second -- the move stemming from a mistake by Ashley Williams.

76' Off for Ander Herrera

60' Off for Jesse Lingard