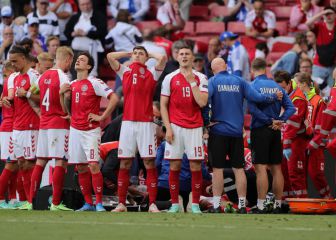 Cologne say they plan to protest to the German Football Association over the controversial second goal which has raised further debate over the video assistant referee.

Cologne say they plan to protest to the German Football Association (DFB) on Monday over a controversial goal which has raised debate over the video assistant referee (VAR) in Germany's top flight.

Cologne were crushed 5-0 at Bundesliga leaders Borussia Dortmund on Sunday which left them bottom of the German league after four straight defeats. But Cologne's bench were furious after Dortmund defender Sokratis Papastathopoulos scored just before the half-time break in controversial fashion to make it 2-0.

In the build-up to the goal, Sokratis pushed Cologne defender Dominique Heintz, who knocked into goalkeeper Timo Horn, which caused him to fumble the ball from which Sokratis scored. The referee Patrick Ittrich allowed the goal to stand after consulting with the VAR.

However, replays show the goal was scored after the ref had blown his whistle for the foul, which is against the rules.

"We want a clarification of the legal situation,' said Cologne's director Joerg Schmadtke after an internal meeting on Monday. You can assume that we are protesting, because the rules were broken.

"We can not just pretend that nothing happened."

Despite the heavy scoreline, Cologne say the controversial goal was a key factor in their defeat, but Dortmund's CEO Hans-Joachim Watzke accused them of being 'bad losers'.

'If they want to protest, they should, but that is grotesque, almost ridiculous,' added Dortmund's director of sport Michael Zorc.

Dortmund held despite playing 10 men for an hour at Freiburg