German newspaper Bild have reported that signing the Bayern Munich striker was key to Liverpool letting their Brazilian star move to the Camp Nou in the summer.

Barcelona had a well-publicised and challenging summer transfer market ahead of their 2017/18 campaign and one name that was linked to them daily was that of Liverpool's Philippe Coutinho. While the English club stood their ground and refused to sell their star - in spite of some eye-watering sums being offered - it has been reported that another factor was the reason for the Brazilian staying at Anfield. 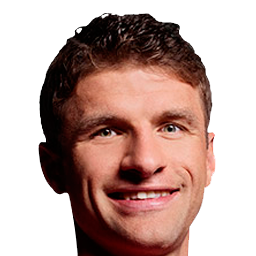 No Müller, no Coutinho

According to German paper Bild, the key to the deal taking Coutinho to the Camp Nou was Bayern Munich striker Thomas Müller. The outlet claims that Liverpool were indeed prepared to sell their creative midfielder for a figure above 100 million euros, however, this was on the condition that they could sign the German international.

Barcelona turned to plan B

Despite the quality of the forward, he is not a critical part of Carlo Ancelotti's Bayern and Jürgen Klopp saw an opportunity to bring him in to support his Reds, knowing that creating chances has not been a problem, finishing them off has. But the negativity surrounding the Bundesliga giants through pre-season and the early part of their campaign resulted in the dominoes not falling. Müller stayed, Coutinho stayed, and Barcelona turned to focus on other plans.

Liverpool have no intention of selling Coutinho to Barcelona