Cheslea's Brazilian central defender hit a hoarding after a robust challenge from an Arsenal player and was later sent off in the 0-0 stalemate.

Chelsea defender David Luiz, was sent off late in the 0-0 Premier League draw with Arsenal at Stamford Bridge for a two-footed tackle on Sead Kolasinac and it has now emerged that the Brazilian had played the previous 45 minutes of the game with a broken wrist.

Just before half time Luiz was bundled into an advertising hoarding and took out a photographer on his way down, clutching his wrist as he dusted himself down and headed down the tunnel after the referee had blown for the interval.

Luiz then played the second half with his wrist hevaily strapped and was sent off in the 87th minute. The Chelsea defender will have to wear a sling for a few days but should be able to train more or less normally. In the meantime, he faces a three-match ban for his straight red card. 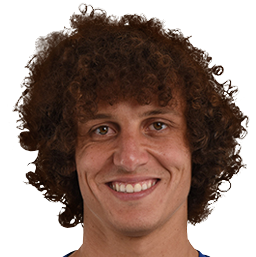