Dinamo Zagreb coach Mario Cvitanovic was beaten by two masked assailants with bats in front of his apartment in the Croatian capital, the club said on Thursday.

Local Zagreb based media have reported that the 42-year-old former international, who took over as Dinamo coach in July, suffered a broken arm in the attack late on Wednesday as he returned from a Croatian Cup match.

The beating comes a month after the club's former boss Zdravko Mamic, who is currently on trial for corruption, was shot in the leg by unknown perpetrators in Bosnia.

"Unfortunately this is only the continuation of ... completely legalised violence against people from our club," said the statement from Dinamo Zagreb, describing the attack against Cvitanovic as "cowardly".

The club urged the authorities to "at last wake up and stop ignoring everything that's going on regarding Dinamo".

Interior Minister Davor Bozinovic said the police were "working intensively" to find the perpetrators of the latest assault.

Mamic, considered the most powerful man in Croatian football, was also hit on the head in July by a man on the southern island of Brac, causing him to fall into the sea.

He went on trial in April, accused of abuse of power and graft that cost Dinamo more than 15 million euros and the state 1.5 million euros. The courtroom has seen regular angry outbursts from the accused.

After nine matches, Dinamo are currently leading the national championships with 25 points. 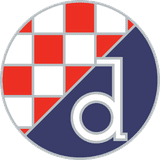