Marcelo, Theo out for Alavés, Achraf could start for Carvajal 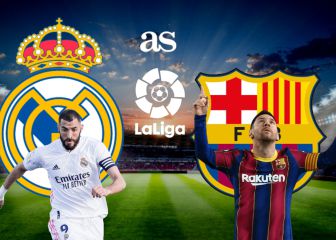 Marcelo, Theo out for Alavés, Achraf could start for Carvajal

Zinedine Zidane's two left backs are ruled out with injury and Carvajal, who has played every minute to far, could be rested in Vitoria.

Real Madrid full back Marcelo became the sixth injury victim of the early season after Jesús Vallejo, Karim Benzema, Mateo Kovacic, Theo Hernández and Toni Kroos, who did not make the trip to Anoeta last weekend.

The Brazilian pulled up in the Bernabéu with 20 minutes to play in the 1-0 defeat by Betis with a muscle strain and will not be included in the squad to play Alavés on Saturday while Hernández is still recovering from a shoulder problem and will also miss out. That will leave Nacho to cover at left back in Mendizorrotza.

Cavajal to be rested, Achraf to start

Meanwhile, Dani Carvajal is likely to be handed a rest against the side currently bottom of LaLiga. The Spain international is the only player to have featured for every minute of Real’s season so far in the two Super Cups, the Champions League and LaLiga. The right back has 810 minutes under his belt already, a full game more than the next two most used player in Zinedine Zidane’s squad, Sergio Ramos and Keylor Navas.

Carvajal finished the Betis game on his last legs and looked to be in some discomfort, which also goes some way to explaining a rare off night for the defender, who failed to control the ball on several occasions in the opposition area and missed 12 passes.

Zidane is therefore likely to hand Carvajal a rest in Vitoria, with Achraf Hakimi set to make his first start of the season. The Morocco international, promoted to the first team squad from Castilla during the summer, is one of only three players yet to have featured this season, along with Vallejo and third-choice keeper Luca Zidane.