Diego Costa arrives in Madrid ahead of Atlético return 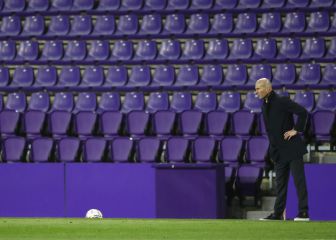 Diego Costa arrives in Madrid ahead of Atlético return

Spain international Diego Costa has landed in Spain as he prepares to complete a return to LaLiga club Atlético Madrid from Chelsea.

Diego Costa has touched down in Spain as he prepares to complete a return to Atlético Madrid from Premier League champions Chelsea.

The Spain striker, who left Atlético for the Blues in 2014, is set to undergo a medical before signing for a club-record fee of around 65m euros, and is expected to be in the stands for the team's home LaLiga clash with Sevilla on Saturday.

After his arrival in Madrid from his native Brazil on Friday, the club posted a photo of a smiling Costa on their official Twitter account, accompanied by the message: "Atléticos, a friend says hi!".

"I'm very happy to be back home. Everyone knew that I wanted to rejoin Atlético Madrid and I'm very grateful for the effort that [club CEO] Miguel Ángel Gil Marín has made," the 28-year-old told the media at the Spanish capital's Barajas airport.

Costa expects to be worked hard as he returns to fitness

Having missed Chelsea's pre-season as he sought to push through his move, Costa - who Atleti cannot register until the winter window - has until January to regain full fitness, and is braced for a tough training regime.

"I'm in good shape physically. I'm not afraid about stepping back onto the scales," he said. "But I am afraid about [fitness coach Óscar] 'Profe' Ortega's training sessions."

Terry says goodbye to Costa: "One of the most underrated players"

Costa to be given special training plan to help fitness