Madrid-based club Unión Adarve announced on Friday that they have signed Driss Yanis Zidane, the 22-year-old nephew of Real Madrid coach Zinedine for their debut season in the Segunda División B. Coach Víctor Cea is hoping to make one further incorporation to a side which is a blend of veteran players such as 35-year-old, former Toledo and Cultural Leonesa midfeidler Iván Mateo and promising youngsters like Adrián Wojcik and Jesús Bernal.

Driss Zidane could make his debut against Toledo tomorrow

Driss Zidane, who joins on a free contract and will occupy one of the six Under-23 players allowed under regulations in the category, is delighted to be on board at Adarve, who are based in the northern Barrio del Pilar district of the capital, and wrote a message on his Instagram account in Spanish and French: "Proud to begin a new adventure at my new club".

Driss' early career was spent in the lower divisions of the French league at GS Consolat Marsella in the Championnat National, and with Saint-Etienne's reserves. During the summer, he had a trial with CD Toledo, who curiously, Adarve meet in Sunday's midday match. His famous uncle, Zinedine, turned up at the Salto del Caballo stadium to watch him training with Onésimo Sánchez's team last month. 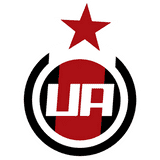