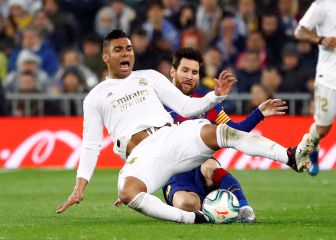 The AS English predictions for matchday six of the English Premier League have some home bankers and draw certainties. Please don't bet the farm on it though!

This particular prediction corner has been expecting the Hammers to slowly get their season back on track as things settled and key players returned. We've seen some suggestions that this is happening but with the first XI still not at full strength, three points against this Spurs side are hard to see. A point maybe but, despite a single goal home win in May, I expect Pochetino to be enjoying another London derby win.

Burnley won this game both home and away when the two sides met in the 2015/16 Championship but neither side is coming into this in great form - and both went out of the cup midweek although this was with several of the wider squad being used. Walters will be a loss for the home team but in Chris Wood will expect to score in front of their fans. Mounie out for the Terriers may hinder their chances of staying level.

The Toffees face another side in the bottom three but this is a long way from where we expect them to be come next May. In fact, give Koeman just a few more weeks and he should have recovered some sort of credibility for a team that spent big in the summer. The question remains, however, if they have the right blend. Sandro still has it all to prove but after a run against the big boys, he now has his chance. Eddie Howe will have looked at some of the weaknesses that have been exposed of the Goodison outfit and is likely to use ex-Red Jorden Ibe to try and expose them.

If you're looking for a place to stick your mortgage then Pep's scoring-for-fun City at home to what's-a-goal Palace is for you. New manager Hodgson is expected to get things tighter at the back. It won't be right enough.

The last time Saints fans saw Virgil van Dijk was way back in January and many of them had accepted that they may never see him in their backline again. Today, however, could see him return against José Mourinho's side that loves a late goal or three to finish teams off. United start favourites but Pellegrino will look at Romeu and Lemina to help reduce the attacking threat posed by Lukaku and co. and could frustrate the side trying to keep pace with city rivals.

The Potters have proved themselves capable of handling the top teams and Mark Hughes will be hoping his lads can put in a performance similar to that against Man United. The front three of Morata, Hazard and Willian can only get stronger as they forge a relationship and with Bakayoko and Kante behind have a solid platform on which to build regular attacks. Stoke will make it tough but Conte will shake hands the happier.

Two managers that are impressing many with their style on and off the pitch meet in what is a tough result to call. Expect the Swans to edge it.

A two-nil win to the home team in the midweek cup game give them reason to be confident of three points. Klopp's chance-creating Reds need to start putting them away if they want to be taken as a serious force this season. Revenge may be the required inventive.

Brighton need to bounce back against a perky Newcastle side and in front of their home fans will battle for a point as two promoted sides meet.

Arsenal continue to have an unknown quantity about them and when they're expected to win they can always give Wenger bashers the chance to grab the mic. And this is the typical game that can trip up the attractive flowing style of the Gunners, just look back to March. With Lacazette leading the line, though, and a happier Sanchez supporting, they'll have just too much.