Cesc: "We're starting to be the great team we used to be"

Cesc: "We're starting to be the great team we used to be"

The Chelsea player spoke to AS ahead of the Group C Champions League match at the Wanda Metropolitano against Atlético Madrid.

What do you remember of the young 16 year old Cesc who first came to London hungry to succeed?

Many things, obviously we all change, we improve, we learn and we gain experience but I still have the same drive, passion and enthusiasm to keep competing.

Do you have the feeling that you're are more highly regarded in England than you are at home?

That's something I don't worry about. Obviously everyone wants to be well thought of but the key is to keep working hard and I'm sure time will put things in their rightful place.

It could be said that you've learnt more about yourself in the last year than ever before?

Fortunately, there have been more ups rather than downs in my career and I'm stronger now than when I was 16. It's true I did go from becoming a starter for Spain at the Euros and being a key player for the likes of Mourinho and Hiddink at Chelsea, to not getting to play under the new coach. It's no secret that a decision like that can affect ones pride and morale. You're left with two paths, you can decide that the time is right for a change or feel that you are better and drive to prove that. I opted for the latter knowing that it would be hard.

What was the change that convinced Antonio Conte?

Not that much, I played in the way he requested. We all had to adapt to his style of football and it's done us well. The day when I lose my hunger will be the day when it's time for me to look for something else to do. But that's some time off just yet.

What are the differences between Morata and Costa?

Diego is the forward who has been best at reading and understanding my way of playing football. When I use the word forward, I'm not talking about the likes of Messi as a forward. With Leo we had a wonderful connection, but if we are to consider a classic No. 9 then there's is no doubt that playing with Diego was sheer enjoyment. He was wonderful at finding space and fought for every ball as if it were the last. Álvaro is more of a "in the box" striker and has a great goal scoring instinct and attacks the ball so well. I'ts a joy to play with him.

Atlético and Chelsea are both sides with a similar style of playing.

We are similar and we're both competitive, it's going to be an even game between two strong sides. 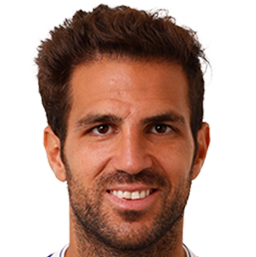