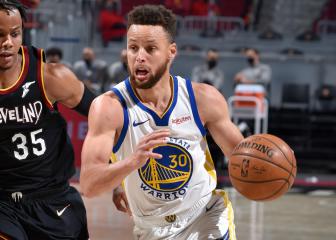 Accordign to ESPN's Adrian Wojnorawski, Wade will team up with LeBron James yet again as he looks set to join the Cavaliers when he clears waivers on Wednesday.Final NBA: Cavs vs Warriors, juego 2

Dwayne Wade agreed a buyout of his contract with the Chicago Bulls meaning he is now a free agent. It seems, however, that it won't be that way for long as ESPN's Adrian Wojnarowski first report that he is set to sign for the Cleveland Cavaliers once he clears waivers on Wednesday. Further reports on Tuesday night, however, suggest that he has already signed and it seems like it is a done deal.

Wade will join up with LeBron James once again after the pair played together from 2010 until 2014 with the Miami Heat when they won three NBA titles albeit with a different surrounding cast. This time, the likes of Kevin Love, Tristan Thompson, J.R Smith and Derrick Rose and other will make up the remainder of the team.

The Cavs will add another player to their already star-studded roster as they look to tackle the Golden State Warriors. They traded Kyrie Irving away but added Isiaih Thomas, who is recovering well from a hip ailment, along with Jae Crowder amongst other in that deal.