Diego Simeone's challenge: Atlético have never started so badly in the Champions League 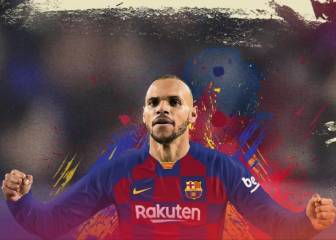 Diego Simeone's challenge: Atlético have never started so badly in the Champions League

Atlético Madrid have just one point following a draw at Roma and a last-gasp defeat to Chelsea in the first European match at the Wanda Metropolitano.Champions League Final: Real Madrid - Liverpool

Diego Simeone faces a challenge with Atlético Madrid that he has not yet encountered in his tenure at the club.

Los Rojiblancos have just one point from their first two Champions League matches, drawing their opening match away at Roma, before falling to a last-minute defeat to Chelsea at the Wanda Metropolitano. This is the worst start that Atlético have made in their four Champions League campaigns with ‘El Cholo’ Simeone.

Atlético beat Zenit 3-1 in the opening match of the 2013-14 Champions League, and followed it up with a 1-2 victory away at Porto. They sealed their progression from the group stage with a victory against Austria Viena.

The following year, 2014-15, was less straightforward. Atlético lost 3-2 to Olympiacos in Athens, but dug themselves out of that hole by beating Juventus 1-0 at the Calderón. A thrashing of Swedish side Malmo ensured that the early scare became nothing more than a scare.

The 2015-16 season began in a similar fashion. Los Colchoneros won the opening match 0-2 against Galatasaray in Istanbul, but fell to a 1-2 defeat against Benfica in the following fixture.

Qarabag matches will be key

In previous years, Atlético have always faced their two strongest group-stage competitors in the first two matches, before then facing the ‘weaker’ team in the third and fourth rounds of matches. Against the ‘weaker’ teams, Atleti have never failed. They drew away at Astana in the 2015-16, but that ground later transpired to be problematic for other teams.

Azerbaijani outfit Qarabag now await in the next two matches. If Atlético emerge with six points, it will set up a crunch match with Roma at the Wanda Metropolitano.