Gareth Bale, from villain to hero

Goals from Yarmolenko and Kagawa gave Borussia Dortmund a clear gap at the top of the Bundesliga with closest rivals in action on Sunday.

Pierre-Emerick Aubameyang's miserable week continued as he missed a penalty but Borussia Dortmund still ground out a 2-1 win at Augsburg on Saturday to extend their Bundesliga lead.

Dortmund back to winning ways

Star striker Aubameyang followed on from his poor performance in Tuesday's 3-1 Champions League defeat at home to Real Madrid by firing a weak penalty straight at Augsburg goalkeeper Marwin Hitz 10 minutes from time.

Despite last season's Bundesliga top-scorer squandering the chance to kill off the game, Dortmund held on as goals from Andriy Yarmolenko and Japan's Shinji Kagawa either side of Caiuby's equaliser sent Borussia five points clear at the top.

It was a controversial penalty awarded by the video assistant referee (VAR) after referee Marco Korb missed a foul by Koo Ja-Cheol, South Korea's ex-captain, on Lukasz Piszczek. That came after the VAR had earlier failed to award Augsburg a penalty when Dortmund's Sokratis clearly tugged at the shirt of Brazil midfielder Caiuby.

Dortmund had taken the lead after just four minutes through winger Yarmolenko before Caiuby headed an equaliser. Kagawa scored what proved to be the winner on 23 minutes with a dream goal when he floated a shot over Hitz following good work from Gabon's Aubameyang and Yarmolenko.

'We're happy with the result, but that was the worst performance since I became Dortmund coach,' said Borussia boss Peter Bosz.

'We didn't play good football, and it was even worse after the break. Every team has about two such games like that per season, which they normally lose.'

Top of the Bundesliga

The result left Dortmund five points clear of Hoffenheim, who are at Freiburg on Sunday, and six ahead of defending champions Bayern Munich, who play Hertha Berlin. Former full-back Willy Sagnol will lead Bayern after Carlo Ancelotti was sacked in the wake of Wednesday's 3-0 defeat at Paris Saint Germain in the Champions League.

Hanover, who suffered their first defeat this season, stay fourth while Moenchengladbach climb to sixth.

Frenchman Sebastien Haller scored 10-man Eintracht Frankfurt's dramatic 93rd-minute winner to seal a 2-1 victory at home to VfB Stuttgart. Frankfurt had French defender Simon Falette sent off for bringing down striker Simon Terodde when he was through on goal after 65 minutes. Just four minutes earlier, Terodde had equalised with a header after Ante Rebic had given the hosts a first-half lead.

The north German derby ended in a goalless draw as hosts Hamburg, who were founded 130 years ago, held arch rivals Werder Bremen on their anniversary celebrations. 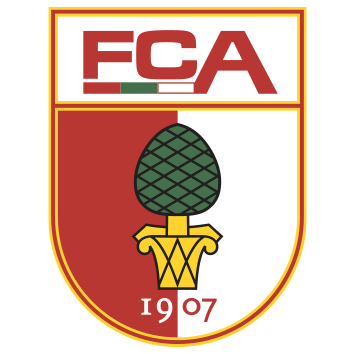