Ballon d'Or: who missed out? 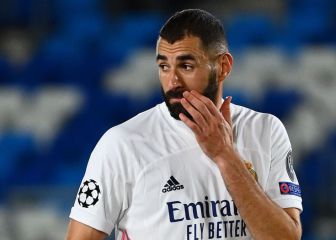 Ballon d'Or: who missed out?

There were several names that featured on France Football's 2016 list that didn't make it to this year's award shortlist including Gareth Bale, Paul Pogba and Kun Agüero.

The Ballon d'Or 2017 shortlist was announced by France Football on Monday and, as is customary, the discussions immediately begin as to how some players made it and others didn't.

There were many familiar names included - it wouldn't be the Ballon d'Or in this current era if Cristiano and Messi weren't there - but there were several changes from the equivalent candidate list of 2016, 17 to be precise. Those that have failed to appear in this year's, for various reasons, are Bale, Iniesta, Godín, Koke, Agüero, Ibrahimovic, Pogba, Vardy, Mahrez, Payet, Lloris, Neuer, Müller, Vidal, Higuaín, Pepe and Rui Patricio.

Of those, some have already questioned the absence of the Manchester United duo of Ibrahimovic and Pogba, who were part of the team that won the English league cup and the Europa League. Also, attention has been drawn to Barcelona's Andres Iniesta, who lifted the Copa del Rey with Barça and has been a regular feature over many years in this award. It was always going to be a tough ask for the likes of Vardy and Mahrez to repeat their Premier League winning feats with Leicester. One of that fairytale side did however make a repeat appearance - but that was due to N'golo Kanté's transfer to Chelsea, and another league title.

Few will be surprised to have seen the absence of Manuel Neuer and Gareth Bale, who represent Bayern Munich and Real Madrid respectively, as both their 2017 efforts have been impacted by injuries.

Cristiano and Messi would each have one Ballon d'Or less