Mariano back in Zidane's squad

The AFA are concerned that the 19-year-old, who is in Real's Champions League squad, may elect not to represent the Albiceleste at international level.

Francisco Feuillassier, a winger currently playing for Real Madrid Castilla, arrived in Spain in 2008 at the age of 10, following in the footsteps of his brother Santiago. Franchu, as he is known in Valdebebas, now has the Argentina Football Association (AFA) worried in case he decides to represent Spain at international level instead of the Albiceleste.

AFA president Claudio Tapia admitted as much soon after Argentina had secured their classification for the World Cup in Russia: “He could end of playing for another national team. We haven’t had the opportunity yet for him to wear the national shirt.”

Franchu has not represented Argentina at any level and he could be called up by Spain if he decided to acquire dual nationality and doesn’t represent his native country in an official game.

The AFA are so concerned about young players electing to take that decision that they are considering setting up a training centre for Argentina youth international players on European soil.

Franchu was discovered almost accidentally by Juan Esnaider and Míchel. In 2008, he travelled to Madrid with his mother to visit his brother Santiago, who was then in the youth academy, and when Esnaider spotted the boy looking bored watching a training session he invited him to join in. Franchu’s speed and ball control caught the eye of Míchel, who was then in charge of La Fábrica, and he suggested Real Madrid sign the youngster up.

His progression up the ranks has led him to Castilla at the age of 19, although he is not a regular starter under Santiago Solari. However, Zinedine Zidane took him along on the tour of the USA last summer and has included him in Real’s Champions League squad and called him up for the Liga match against Real Sociedad in Anoeta. 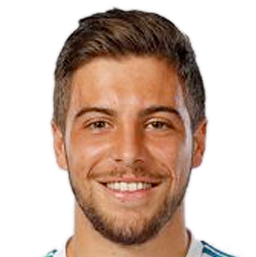 Who were Zidane's seven young guns against Manchester United?