Newcastle completed the permanent signing of Mikel Merino from Borussia Dortmund on Friday after the midfielder's impressive start to his spell in the Premier League.

English club Newcastle completed the permanent signing of Spaniard Mikel Merino from Borussia Dortmund on Friday after the midfielder's impressive start to his spell in the Premier League. 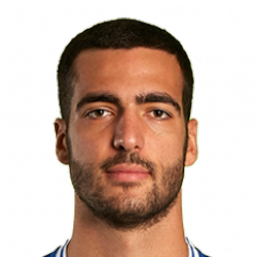 Merino arrived at St James' Park on loan in July with a view to a full-time switch to England if he made a big impact. And the 21-year-old has done so well that Newcastle manager Rafael Benitez has handed him a five-year contract.

MERINO SIGNS: The full story as Newcastle United secure the services of @mikelmerino1 on a five-year deal.

"I'm really pleased we have been able to bring Mikel to the club permanently. He has played very well since he joined us," Benitez said.

"He has settled in quickly, has a lot of quality on the ball and is keen to learn - that is a crucial part of his future development."

Merino was handed his Newcastle debut as a substitute in their opening Premier League defeat by Tottenham and he has started every league game since.

The Spain Under-21 international also won Newcastle's player of the month award for August.

Pochettino: "I have a weakness for Zidane as a player and now as a coach"