The former Manchester United winger, now at Olympique Lyon, has a vision for the future: "That is my objective," he stated.

Memphis Depay has laid out his vision for the future and stated his aim to one day wear the white shirt of Real Madrid. The 23-year-old winger is currently at Lyon after a brief and underwhelming spell at Manchester United, who he joined in 2015 for a fee of 34 million euros from PSV.

Depay keen on move to the Bernabéu

However, things did not work out particularly well for the Netherlands international at Old Trafford and he was moved on in the January transfer window this year for an initial fee of around 20 million euros with United inserting a buy-back clause into the deal.

Depay, though, has his sights set elsewhere and after chalking up eight goals and 11 assists in 27 appearances so far for Lyon he told fan website The PSV Supporter precisely what they are: “I think I will end up playing for Real Madrid. That is my objective. Only God knows if that will happen and he will help me.” 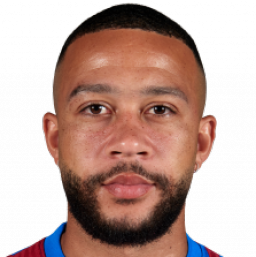