Atlético Madrid sign groundsman from Bournemouth for the Wanda 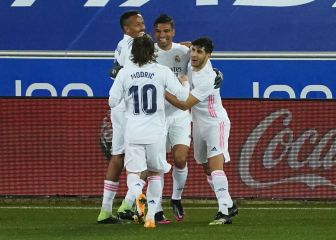 Atlético Madrid sign groundsman from Bournemouth for the Wanda

Dan González has told his current club that he's off to take care of the pitch at the Wanda Metropolitano.

Atlético Madrid have signed an up and coming star from Premier League club Bournemouth, one who covers every inch of the pitch. Groundsman Dan González has handed in his notice at his current club, according to the Independent, and will be heading to Madrid in the next few weeks to take over the care of the pitch at the Wanda Metropolitano.

Groundsman González ready to take over at Atlético Madrid

Anglo-Spanish González has been working with head groundsman Robin Wilcox at the Vitality Stadium, a ground where the visiting teams regularly praise the state of the turf.

The pitch at the Wanda, was the subject of debate this past week with Barcelona fearing it would be left long to stop their quick passing play; Simeone responded by saying: "When you invite me to your house I eat off your tablecloth, with your plates and glasses".

The pitch at the Wanda was laid in September just before the pitch hosted its first game.

González won't be the first British passport holder to be in charge of the turf in the Spanish top flight, with Paul Burgess, one of the world's top groundsman, at Real Madrid.