Manchester United sent scouts to look at Aarón Martin of Espanyol versus Levante and there is a chance that the Premier League club make an offer in January.

Aarón Martin burst onto the scene last season with Espanyol, appearing in 30 games in LaLiga under Quique Sanches Flores. The 20-year-old has played 18 times for Spain's under-19's and made the leap recently to an under-21 side that is laden with talent. The left-back is emerging as a top class prospect for bigger European clubs too. 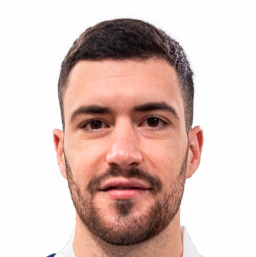 The player renewed until 2022 in January and has a release clause of €40 million, which would hardly be a stumbling block for the Premier League giants if Mourinho genuinely believes he can be a long term solution at a problematic position. Manchester United sent scouts to watch him up close during a recent LaLiga game against Levante in which Espanyol drew 0-0 and Martin Caricol played 90 minutes.

They are even considering a move in January due to the fact that Marcos Rojo remains out injured, and Luke Shaw, Daley Blind and Ashley Young have failed to convince the Portuguese manager of the Red Devils. Matteo Darmian has been shipped from the right to fill in at left-back and Mourinho does not believe that is a sustainable strategy.

Meanwhile, United are not throwing all their eggs in one basket and they are also concsidering a move for Jordi Alba from Barcelona and Ryan Sessegnon from Fulham. It is just over two months until the winter transfer market opens and we will find out then if Mourinho is in fact as enamored with Aarón Martin as reports lead us to believe.