The Argentinean club consider the Rojiblancos offer too low for their under-20 international striker, whose release clause stands at 15 million euros.

Racing de Avellaneda have rejected Atlético Madrid’s offer for Argentina under-20 international striker Lautaro Martínez. The Liga club tabled a bid of 11.5 million for the 20-year-old, which Racing turned down citing the player’s minimum release clause of 15 million euros.

Lautaro’s agent, Roly Zarate, has previously stated his preference for his client to move to Atlético and negotiations between the two clubs have been ongoing for some time. However, he does not want to cause any friction with the club with Lautaro currently working towards a comeback after suffering a knock to his right knee after returning from a broken metatarsal.

The striker is expected to be in action in time for Racing’s trip to play Paraguayan side Club Libertad in the quarterfinals of the Copa Sudamericana on October 24.

Atlético have been tracking Lautaro’s progress for some time and dispatched sporting director Andrea Berta to Buenos Aires to try and tie up a deal earlier this month. Now, the Rojiblancos will have to increase their bid to land the highly rated striker. 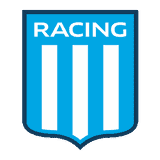 Atlético and Racing in talks over Lautaro Martínez