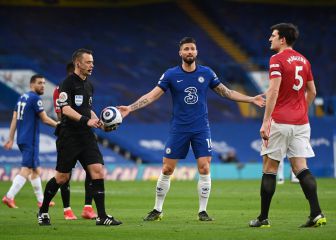 Goalless at the break at Stamford Bridge

Keita Balde netted his first goal for Monaco as the reigning French champions beat Caen at home in Ligue 1 on Saturday.

Keita Balde netted his first goal since his big-money summer move to Monaco as the reigning French champions eased to a welcome 2-0 victory at home to Caen in Ligue 1 on Saturday.

First win in five for Monaco

Balde got the opener midway through the first half and the prolific Radamel Falcao added a penalty just before the hour mark as Monaco recorded a first win in five outings in all competitions.

The principality side, beaten 2-1 at home by Besiktas in the Champions League in midweek, are second in the Ligue 1 table, three points behind Paris Saint-Germain before the leaders go to bitter rivals Marseille on Sunday.

They are also two points clear of Nantes, who marked veteran coach Claudio Ranieri's 66th birthday with a late 2-1 victory at home to Guingamp to move up to third.

"We worked hard and it was the same today. Of course, Caen are not Besiktas. We won well."

Balde brought in to cover for Mbappé void

Spanish born Senegal forward Balde, 22, was bought late in the summer transfer window from Lazio on a five-year deal for a reported 30 million euros after impressing with 16 goals in the Italian top flight last season, despite making only 21 starts.

His signing was made to help fill the void left by Kylian Mbappe, the teenage sensation who was allowed to join PSG on an initial loan deal.

However, Balde has had a slow start to his Monaco career and it took him until the 21st minute of this game at the Stade Louis II to break his duck for his new side.

He was played through by Thomas Lemar and held off his marker before slotting past Caen's veteran goalkeeper Remy Vercoutre.

Monaco were unlucky not to add to their lead before the interval with Jemerson heading against the bar while Rony Lopes and Youri Tielemans were both denied by Vercoutre.

However, the second goal arrived in the 59th minute. Lopes was fouled by Jan Repas just outside the penalty box but went to ground inside the area and the referee awarded a spot-kick.

Ligue 1 top scorer Falcao sent the goalkeeper the wrong way for his 13th goal of the campaign, condemning Caen to a defeat that leaves them ninth.

While his team are still some way short of last season's heights, Jardim added: "Every season is a new story. Our history has been about bringing through players, offering up good football, with aggression and quality.

"That is what this group will try to do. Without thinking about the past or the future, but about the present, which is the most important thing for me and my players."

Ranieri, who turned 66 on Friday, is working wonders with limited resources at Nantes and the Canaries extended their unbeaten run to eight games as they beat Guingamp.

Chidozie Awaziem's opener was cancelled out by Abdoul Razzagui Camara but Abdoulaye Toure's 87th-minute strike squirmed through the legs of Guingamp goalkeeper Karl-Johan Johnsson and in for the winner.

Nantes have reached third place by scoring just nine goals in 10 games and will remain there provided Marseille don't inflict a first defeat of the season on PSG at the Velodrome.

In contrast, it goes from bad to worse for Marcelo Bielsa, who saw his Lille side slump to second-bottom after they ended with 10 men in a 1-0 loss at Rennes.

There were also wins for Amiens, Toulouse and Dijon, who won 2-1 at Metz to inflict a ninth defeat in 10 games this season on the bottom side.

PSG without Dani Alves against Marseille

Marseille-PSG, how and where to watch