Luis Hernández: "It's absurd, the ball is half a metre over the line"

Luis Hernández: "It's absurd, the ball is half a metre over the line"

The Malága centre-back says that in six of their nine games this year, a refereeing error has put them behind in the game and he says they are tired of it.

Malága fell to Barcelona 2-0 at the Camp Nou on Saturday night. The first goal, however, was shrouded in controversy as it clearly went over the endline before Lucas Digne clipped it towards Gerard Deulofeu. After two minutes, Malága were behind and Luis Hernandez, the team's centre-half says it is absurd.

"I can understand that they say it didn't go out but it's absurd, the ball was a half a metre out over the line. Once again, a decision is made that we suffer from. It has to be said that in six of our nine games, the first goal is a refereeing error. We're last, we are not playing well but this is weighing heavy on us," he said after the game.

"The change today was after two minutes, against Valencia, Girona, Eibar. We are a tired of it, we are self-critical and we are not playing well but this is ver difficult," he continued in a tired tone.

On his frustration, "Yes, there is a lot of frustration, with us and win what is happening. Nobody in the club imagined we would be going like this at this point, we have to take responsibility and we will have to fight a lot this season.

Míchel added that, "I always say that the referee's job is a difficult one but we conceded a goal against Eibar that was offside and another one against Valencia last Sunday."

"We are not going to blame the referees for out place in the league but it's hurting us a lot." 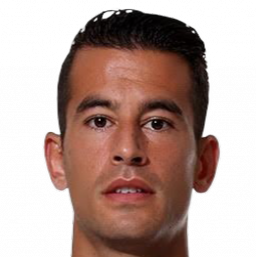