Girardi out as Yankees manager 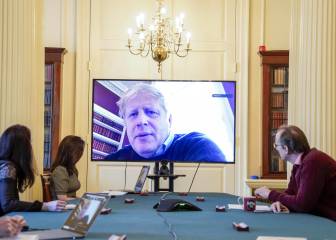 Girardi out as Yankees manager

Yankees general manager Brian Cashman said in a statement the New York powerhouses had decided to 'pursue alternatives' rather than offer Joe Girardi a new contract extension, ending the skipper's 10-year reign following the team's narrow failure to advance to the World Series.

'I want to thank Joe for his 10 years of hard work and service to this organisation. Everything this organisation does is done with careful and thorough consideration, and we've decided to pursue alternatives for the managerial position,' Cashman said.

Girardi, 53, had earlier informed local media outlets of the Yankees' decision. 'With a heavy heart, I come to you because the Yankees have decided not to bring me back. I'd like to thank the fans for their great support as a player, coach and manager and the lasting memories of their passion and excitement during the Playoff Games, especially the final six games which will remain in my heart forever,' Girardi wrote in an email.

The Yankees' decision came less than a week after the team lost game seven of the American League Championship Series to Houston to just miss out on a spot in the World Series. Girardi had overseen the emergence of a young, dynamic new Yankees team this season which included breakout star Aaron Judge.

Girardi, who won the World Series with the Yankees three times as a player and once as a manager, in 2009, took the team to six playoff appearances during his stint as skipper. He finished with a 910-710 record, the sixth highest win total in Yankees history.