Atlético Madrid will return to the Vicente Calderón... for one day 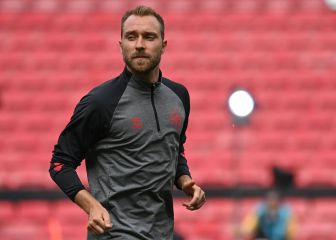 Atlético Madrid will return to the Vicente Calderón... for one day

Simeone's players will be back at their old stadium on Monday to train ahead of the Champions League meeting with Qarabag.

It looked that that fateful morning, Saturday 20th May would be the last time that Atlético Madrid would train on the pitch at the Vicente Calderón. Th following day, Simeone's team played their last official game at the stadium, against Athletic Club, there was a friendly against a World XI then the shutters were pulled down and the club moved to their new premises, the Wanda Metropolitano. That's that, we thought. But no. Atlético will be back at the Calderón - on Monday they revisit their old home for one last time to train in preparation for Tuesday's Champions League Matchday 4 meeting with Qarabag.

Qarabag to train at the Wanda

Simeone's team will train at the Calderón but his press conference will take place at the Wanda Metropolitano, where visitors Qarabag will hold their training session and coach Gurban Gurbanov will face the media.