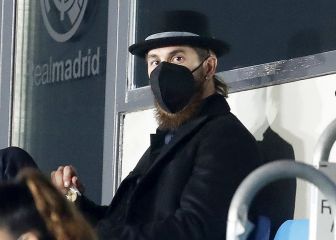 The club's social media profiles had pictures of Neymar with his former teammates after a high profile transfer with plenty said and done since the move.

Neymar visited his former teammates in Barcelona during training on Sunday and the club sent it out on their social media sites. The Brazilian, who left the club in the summer in controversial and high profile fashion, has not been shy of criticisng the board at the club labelling the president, Josep Bartomeu, a joke.

Neymar became the most expensive player in the history of football when he left for PSG for €222 million in the summer. There was some hangover from the transfer with LaLiga president suggesting that instead of peeing in the pool, the Brazilian stood on the diving board and made no mistake about it.

Suspended for the game against Nice and with Anderlecht in the Champions League coming up during the week, Neymar took the chance to spend some time in Barcelona at the club's complex with his former teammates particularly Luis Suárez and Lionel Messi.

The 25-year-old has not entirely settled in Paris either with a row over penalties taking the sheen of his transfer followed by a red card against Marseille and other rumours suggesting he is taking time to adapt.