The 20-year-old centre-half has played in every LaLiga match for Cuco Ziganda's side this season, and impressed against Barcelona at the weekend.

Unai Núñez has made a fine start to the season at Athletic Club and was a standout performer in the defeat to Barcelona on Saturday evening.

Núñez has signed a new contract at San Mámes until 2023 with a €30 million buy-out clause.

Núñez was set to trigger a new contract upon completion of 10 LaLiga matches, a milestone he reached on Saturday against Barcelona. Yet as Diario AS stated in September, a new contract had already been verbally agreed.

The 20-year-old has forged a partnership with Aymeric Laporte in the heart of defence, and has played in every match of the 2017-18 LaLiga season. His performances for Athletic also earned Núñez international recognition with Spain's Under-21 side.

Manchester City could not prize him away

The Basque club have always held Núñez in high regard, and the player has displayed loyalty over the years. Manchester City tried to tempt him in to a move to the Premier League when he was in the Cadete age-groups (Under-15 and Under-16), but he did not hesitate in committing to Lezama and Athletic Club.

Unless a club pays handsomely for his services, Unai Núñes will remain in Bilbao for the next six years. 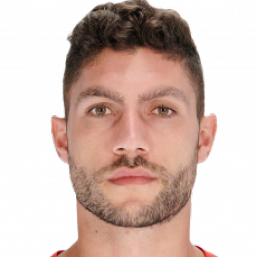