The Parakeets have tied down their star striker, according to Esports Cope, with a pay rise for the 25-year-old and a hike in his minimum release clause.

“I see myself here for many years, because this is my home and I’m happy here,” said Espanyol striker Gerard Moreno a few weeks ago and the Barcelona-based club have proved the feeling is mutual after handing the 25-year-old a new deal up to 2022.

Esports Cope reported that Moreno has been awarded a significant pay rise on the 1.3 million euros per season contract he signed in 2015 when he returned to the club on a permanent deal from Villarreal and that the striker’s minimum release clause has been raised to 25 million euros.

Although under contract at Cornellà, Villarreal have also retained 50 percent of the player’s rights after trying to re-sign Moreno over the course of the past two transfer windows and retain a buy-back option on the striker.

Moreno has become a fundamental piece of Quique Sánchez Flores’ side this season, playing 900 Liga minutes and scoring four goals so far, the same number he had at this stage of the previous campaign, which he ended as the club’s top scorer with 13 in the league. 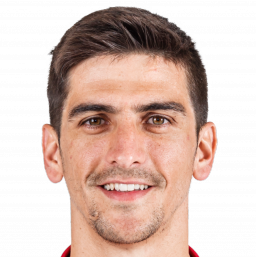