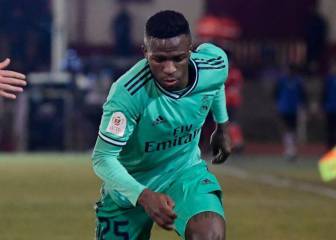 Team news in at La Romareda

Tottenham Hotspur's in-form midfielder has had to pull out of the England squad for the upcoming friendlies against Germany and Brazil.

Tottenham Hotspur's in-form midfielder Dele Alli has had to pull out of the England squad for the upcoming friendlies against Germany and Brazil.

Alli's two goals fired Spurs to a famous 3-1 Champions League success over titleholders Real Madrid at Wembley last Wednesday. But the 21-year-old was ruled out of his club's Premier League encounter against Crystal Palace on Sunday with a hamstring injury, and the English Football Association confirmed the setback would also keep him out of this month's World Cup warm-ups.

The FA announced on Twitter: 'Squad update: the #ThreeLions will be without @dele_official for this month's games. Get well soon, Dele!'. Alli's absence means manager Gareth Southgate now has 24 players for the Wembley double-header. Tammy Abraham, Ruben Loftus-Cheek and Joe Gomez have been called up by England for the first time, but Daniel Sturridge, Alex Oxlade-Chamberlain and Chris Smalling are among those to have missed out.