Hummels: Why did the Bayern player have holes in his boots?

Hummels: Why did the Bayern player have holes in his boots?

Bayern Munich's Mats Hummels took to the field against Borussia Dortmund on Saturday with his toes poking out of his Adidas boots...

The image of an elite professional footballer playing with holes in his boots is not one that you come across all too often, but that was the case of Bayern Munich's Mats Hummels at Signal Iduna Park on Saturday.

The Germany defender left people scratching their heads during Bayern's Bundesliga victory over his former club, Borussia Dortmund, when it became apparent that his big toes were poking out of his footwear.

Asked post-match about the curious state of his Adidas boots, Hummels revealed that he had himself cut out the holes in a bid to ease the effects of a foot problem.

"My toes are sore and I wanted to avoid feeling any pressure on them," he explained, quipping: "Maybe I've created a new model of boots for the future."

Robben, Lewandowski and Alaba goals win it for Bayern 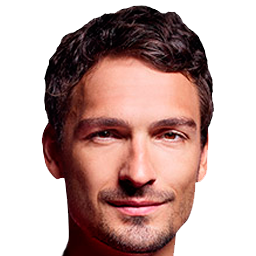