Calciomercato says the Serie A club are keen to activate a buy-back option on Tonny Sanabria before doing a deal with Atlético Madrid, with Diego Simeone said to be an admirer of the Real Betis forward.

AS Roma are planning to re-sign Real Betis forward Tonny Sanabria this summer before selling the Paraguayan straight on to Atlético Madrid, says a report in Italy.

Sanabria joined Betis from Roma for 7.5m euros in July 2016, with the Serie A club negotiating an 11m euro buy-back clause (rising to 14.5m next season).

Calciomercato says that Atlético boss Diego Simeone is a big fan of Sanabria, who has burst into life in his second campaign at Betis after an injury-hit first year.

The 21-year-old has scored seven goals in 10 LaLiga appearances in 2017/18 - including a late winner away to champions Real Madrid - to help Quique Setién's men to seventh in the Primera División table.

Roma reportedly open to including Atlético's Giménez in deal

Calciomercato also claims that Roma sporting director Monchi would be willing to accept defender José María Giménez as part of a player-exchange deal with Atlético.

Uruguay international Giménez, 22, is struggling to hold down a regular first-team place at Los Rojiblancos, making just six starts so far this term. 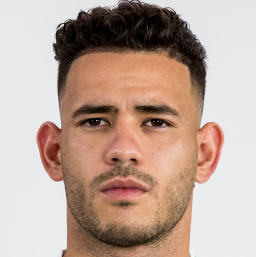