As City marked Sergio Agüero's record 179 goals for the club, the two-time Premier League winners tweeted a video in which Messi was among a number of well-known figures to pay tribute to the striker.

"We surprised Agüero with a message from Messi... oh, and a few other famous faces!" wrote the Citizens' community managers, to which Mendy - who has gained a reputation for his good-humoured social-media posts - replied: "Messi to City?"

The France left-back, who signed for City from Ligue 1 champions Monaco in the summer, is currently recovering from a torn anterior cruciate ligament suffered in September. 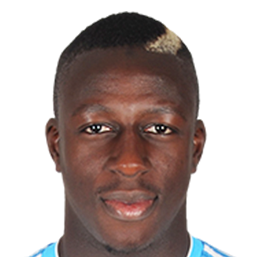