The PSG full back paid tribute to his international teammate saying that the Manchester City striker will be one of the greats of world football.

Gabriel Jesús has turned from being a potential future star to a current performer at the highest level, despite his 20 years of age, after excelling with Palmeiras and impressing since debuting last season with Manchester City in the Premier League . This season he has scored nine goals for his club and has become an essential player for his coach, Pep Guardiola. 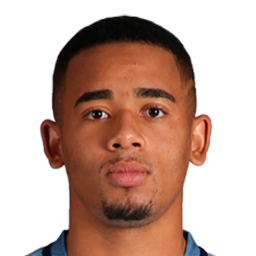 Jesús the second coming of Ronaldo

His international teammate, Dani Alves, has high hopes for him and believes that he will be the successor to the great national legend that is Ronaldo:

"I was not kidding when I called him 'the new Ronaldo,’” said the PSG full-back, “I keep thinking the same thing. He's going to be one of the great players in football, he's already one of the best in the world."

City and Brazil star 'doing what he likes'

Alves continued by explaining that the City striker has been able to get on with scoring goals and helping his club and nation to success without too much pressure on his shoulders. This has allowed the youngster, unlike some others, to “do what he likes doing”, that is, playing football. His contribution since being called up for Brazil’s first team has been impressive. In the 12 games since his debut just over a year ago Jesús has scored eight goals and provided five assists.

PSG without Dani Alves against Marseille