Modric set to stay with Real Madrid through to 2021

Portuguese daily Record states that Los Che want to bring the 21-year-old Serbian international in on loan but will face competition from Sevilla.

Despite Valencia’s excellent start to the 2017-18 season under Marcelino, the Mestalla board are already thinking ahead and have targeted Benfica winger Andrija Zivkovic, according to Portuguese sports daily Record.

Zivkovic, 21, arrived at the Estádio da Luz on a free transfer from Partizan Belgrade in July 2016, signing a five-year contract but has failed to break into the first team fully, making just four league appearances so far this season and playing 195 minutes of Benfica’s disastrous Champions League campaign. In the 2016-17 season Zivkovic made 24 appearances in all competitions but played fewer than 1,000 minutes in the league.

However, Benfica are not keen on cashing in on Zivkovic until after the World Cup. The winger is a fixture for the Serbia national side and Benfica believe his value could go up with a decent showing in Russia. Valencia, meanwhile, are interested in a loan deal until the end of the current season.

The Mestalla board will face competition for Zivkovic from Liga rivals Sevilla, who are keen on signing him next summer on a permanent contract. 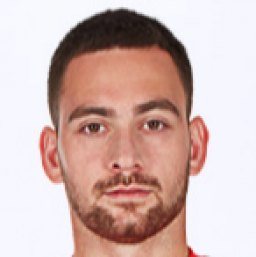