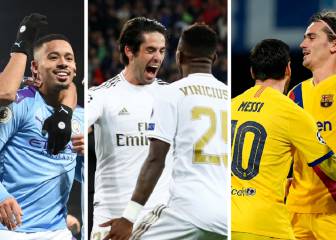 The Camp Nou club have informed the Turkey international that he is surplus to requirements but there are no takers for the 30-year-old.

Barcelona have informed Arda Turan that he is not in Ernesto Valverde’s plans for the remainder of the season and the Turkey playmaker is free to leave the club, although as yet there have been no offers for the 30-year-old.

The main issue facing Arda is Barcelona’s desire to recoup some of the 34 million euros they paid Atlético for his services in 2015. The Camp Nou board hope to command a fee of around 10 million for the midfielder, whose agent has been in contact with the hierarchy to try and smooth over a departure in January.

However, the player’s representative confirmed that nobody has been in touch about Arda’s availability. Galatasaray, his formative club, had expressed an interest but the player has ruled out a return to the Türk Telecom stadium but Arda and his family are not keen on the idea due to the pressure and the criticism he undergoes in his native land. Furthermore, Galatasaray president Dursun Ozbek appears to have cooled his interest and has identified a left back as the club’s priority in January, with Juventus’ Kwadmo Asamoah on the top of his shopping list.