Torino president Urbaino Cairo had dinner with Real Madrid's president who was intrigued to find out the player's buy-out clause is 100 million euros.

Andrea Belotti has caught the eye of several of Europe's big clubs - including Manchester United, Chelsea, AC Milan and Monaco and according to Torino president Urbano Cairo, Real Madridhave been probing to find out as much information as they can on the much-touted 23-year-old.

Florentino intrigued to find out about Belotti's buy-out

The Torino chief told Gazzamercato that during a dinner with Real Madrid president Florentino Pérez, the two men were discussing tghe current trend of setting high buy-out clauses when Belotti's name was mentioned: "I was dining with Florentino Pérez and we were talking about the exorbitant retention clauses written into players' contracts, when I mentioned Belotti's buy-out. He had no idea, but I told him that we had raised his buy-out to 100 million euros to keep him in Turin and Florentino suddenly became very interested. If his buy-out had been 20 million, I wouldn't have mentioned it".

It's hardly news that Real Madrid might want to strengthen their attack - even during this winter transfer window, following the departures of Álvaro Morata and Mariano. Zidane only has Borja Mayoral as a natural alternative to Karim Benzema, who has been struggling to find the net this season. Since Morata and Mariano left, Zidane has insisted that Madrid don't need reinforcements in attack but in his press conference on 12 September ahead of the APOEL game, he did hint that the club could possibly be on the lookout for a number 9. 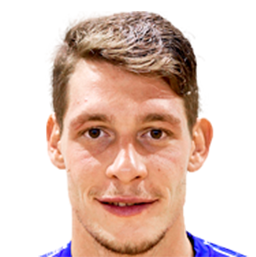 Madrid do not have Mariano buy-back clause

"Ramos and Cristiano are legends and it's been sorted out"