Luis Suárez celebrates his second goal in the keeper's face

Luis Suárez celebrates his second goal in the keeper's face

The Barcelona striker ran triumphantly past Pichu Cuellar after grabbing his second. He'd previously been booked for a clash with the goalie.

Luis Suárez provoked a mild amount of controversy with the celebration for his second goal against Leganés, in Barcelona's 0-3 win on Saturday afternoon. Having battered a bouncing ball past the home keeper Pichu Cuellar, Suárez ran close to the keeper to celebrate his strike in Cuellar's face, arm raised aloft and shouting a cry of triumph.

Suárez had clashed earlier with Cuellar

The two players had clashed earlier, with Suárez getting booked for making contact with Cuellar who was trying to take a quick goal-kick. The Barça striker complained vociferously that the Cuellar had exaggerated, with some reason, given the keeper was holding his face, when Suárez had clearly only touched his arm.

And when Suárez got his chance to celebrate his second, he made sure Cuellar knew all about it... 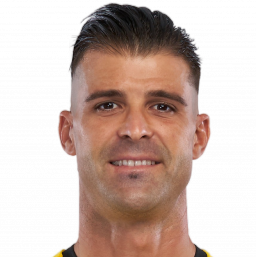