Berizzo: "We can't give the ball away because Liverpool don't forgive" 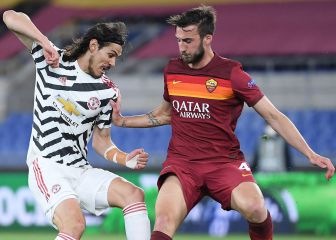 Berizzo: "We can't give the ball away because Liverpool don't forgive"

The Sevilla manager spoke ahead of the game on Tuesday night between his side and Liverpool and says they must mind the ball with their lives.

Eduardo Berizzo, the manager of Sevilla, has spoken to the press ahead of his side's game against Jurgen Klopp's Liverpool at the Ramon Sanchez Pizjuan on Tuesday night in the Champions League.

The previous fixture against Liverppol: "In Liverpool, we suffered with their speed. It's something to keep in mind this time. The key to the game is the correct use of the ball and the depth of our attack to stop Liverpool from running at our goal. The game will be about possesion and losing the ball high up the field."

Change of trend between English and Spanish teams: "I don't think there is a single explanation for the English being better than the Spanish now. The arrival of managers have changed the trend, the economic power wins players over and now they use the ball a lot more."

Salah: "He is a really quick player and very direct. It will be the same as what Iago Aspas did on Saturday. When he starts the play, it can be very dangerous. You have to make sure that the help arrives as quick as possible and not lose the ball in dangerous areas too."

Klopp: "My sending off was poor behaviour on my part. After the game, we chatted and I cleared up my mistake. It will be a pleasure to face each other."

Starting XI: "They all trained well but we won't decide until just before the game. It's going to be a demanding game, wearing and pressing and because of that I need players with energy."

Style of play: "N'Zonzi and Banega regulate play and it will be important to play direct at the right moment and the right link play. What you have to avoid is losing the ball at the wrong time because Liverpool don't forgive you."

Nervión or Anfield? "To play here as an opponent is complicated. There is a connection between the team and the fans that we have to take advantage of to win the game with intelligence and conviction."