The Manchester United forward, who was sidelined for most of the year with a knee injury, passed his torch to Krasnodar defender Andreas Granqvist.

Zlatan Ibrahimovic’s hegemony on the Guldbullen award for Swedish player of the year has ended after 10 years after Krasnodar and Sweden international defender Andreas Granqvist succeeded the Manchester United striker by picking up the 2017 gong.

Ibrahimovic, 36, has missed most of the calendar year with a serious knee injury sustained in the Europa League quarter-finals against Anderlecht but had been in good form for the Red Devils after joining the previous summer.

However, Granqvist, 32, captained Sweden to the World Cup after the historic victory over Italy in the playoff round and after a solid season with his club, of which he is also captain, was voted into first place in this year’s running.

Ibrahimovic won the Gulbullen for 10 consecutive years from 2007 to 2016 and has 11 in all, also picking up the prize in 2005. The following year it was awarded to Arsenal’s Freddie Ljungberg, denying Ibrahimovic 11 in a row. 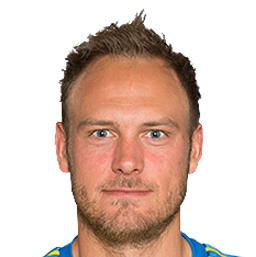 After 'Miracle of Milan', could Zlatan return?