Nigeria to take an exciting crop of young talent to Russia 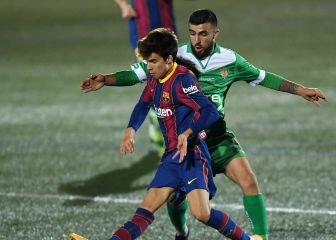 Nigeria to take an exciting crop of young talent to Russia

The Super Eagles will go to the World Cup under German coach Gernot Rohr with an exciting squad packed with promising youngsters.

Nigeria are the only one of Africa's five representatives from the last World Cup who return for the 2018 edition in Russia and will be looking to better their place in the last 16 in Brazil.

A crop of exciting youngsters headline a team representing Africa’s most populous nation and who will play at the World Cup for the sixth time, having mostly underachieved in the past.

Kelechi Iheanacho, Alex Iwobi, Henry Onyekuru (who is being tracked by Barcelona), and Moses Simon represent a new generation that has emerged since the 2014 finals as Nigeria surprisingly qualified easily from a tough group that included Algeria, who also reached the second round of the last World Cup, and African champions Cameroon.

Nigeria were the first African country to book a berth in Russia and finished unbeaten in Africa's Group B, winning all their home games with two draws and a victory away under German coach Gernot Rohr, who was a surprise appointment just weeks before the start of the group phase of the preliminaries.

The 64-year-old Rohr is a former Girondins Bordeaux midfielder who returned to coach the French club to the 1996 UEFA Cup final, and in more recent years was national coach of Burkina Faso, Gabon and Niger.

He will have high hopes that Nigeria can make an impact at the finals, particularly after they beat Argentina 4-2 in a friendly in Russia earlier this month.

But there will be concern about Nigeria's dependency on Victor Moses and John Obi Mikel, with the level of performances over the last year falling dramatically when they were absent.

Obi Mikel now plays his club football in China while his old Chelsea team mate Moses is the biggest name in Nigeria's team.