Sevilla's Mercado: "Our comeback against Liverpool really left a mark on us"

Sevilla's Mercado: "Our comeback against Liverpool really left a mark on us"

The Argentine full-back, one of Sevilla's captains, said that the squad and Eduardo Berizzo are working exactly the same as always, in spite of the coach's health worries.

It was the turn of Gabriel Mercado, one of Sevilla's four captains, to face the media this afternoon. The Argentinean gave an update on the situation among the squad on learning of coach Eduardo Berizzo's health concerns: "He seems very calm about it and he looks fine to me", Mercado explained. "The captains have told him that the rest of the squad are very concerned and all of us want him to look after his health. We've told him that he can feel relaxed because we are all 100 per cent behind him. Obviously, it won't be the same when he's not around to work with us but we will be working in exactly the same way and we want him to recover as soon as possible. When he has the operation, we hope it all goes well and he's back with us as soon as he can".

Bouncing back against Liverpool was the turning point

The full-back also recalled Sevilla's emphatic comeback against Liverpool which he feels has set a new benchmark for the team: "What happened against Liverpool has really left a mark on us. I think it should serve us as a turning point. When we play with such ferocity, like we did in the second half,  we can beat anyone. We'd known about the coach's illness a few days before the game and you could see the union and commitment we have when Guido hit the equaliser. There's a great camaraderie between us". 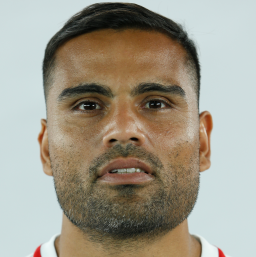