The highlight of the night has been unquestionably the home fans... non stop noise...credit to the red clad supporters 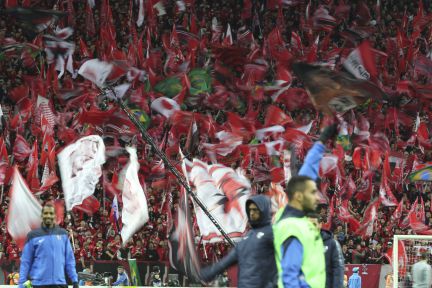 90'   Desperation on the Al Hilal bench as a skirmish breaks out on the touchline...Unpleasant scenes

88'   A goal for the visitors in the final minutes would mean extra time ...

86'   A goal from either side would clearly be defenitive, Al Hilal push but once again the red shirts block a shot from the Saudi side.

84' 5 to go... Tactically the home side have won the battle with a more compact and disciplined performance

Zlatan on for URD as Koroki makes way

Red for Al Hilal, Aldwasri is off... Frustration for the Saudi side!

Al-Abid carded for a cynical trip on Silva ....

75'   15' left for Al Hilal to get the solitary goal they need to deprive the men from Japan... Red Diamonds have been resolute and given no quarter to the Saudi side

Uganin off for Red Diamods as he's replaced by Antonio.

70'   Danger as URD break and Al-Dawsari fouls Kashiwagi and gets a card for his trouble ..dangerous free-kick for the home side... Da Silvas effort expertly saved by Al Muaiouf..great keeping!

Nagasawa booked for a foul...

70'   20' to go... time ticking away for the Saudi side now playing with two strikers.... they men in blue and white need a goal with Red Diamonds having extra space to launch counter attacks...

Second change for Al-Hilal , Al Qahtani on for No. 7 Al-Faraj

67'   Al Burayk delivers a teasing cross but easily dealt with by Nishikawa in the Urawa goal just as Al Burayk weaves through the red shirts and is crowded out... 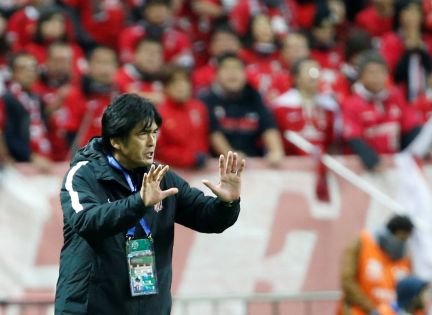 60'   Kashiwagi breaks free but runs out of space as Al Hilal make a change ... Khribin off for No. 44  Fallatah

58'   Al Hilal come close as Milesi fires a weak shot straight at the URD keeper. Urgency from the visitors now needing a goal. 10 red shirted men behind the ball with 30 minutes to resist the blue waves of pressure

56'   Loose play from the home side as the tension grows as the clock ticks down. The game is niecly poised with Urawa seemingly happy to keep things at 0-0 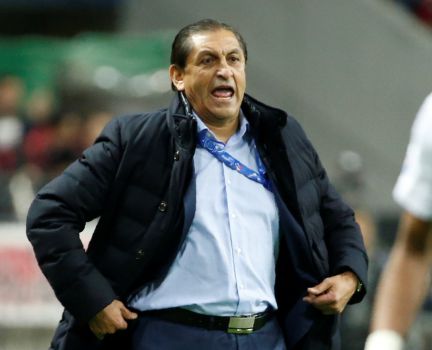 48'   Danger from Al-Hilal as the ball bobbles around the Urawa box and hammered clear.. The Saudi side need to push on as time passses by in Saitama. Al-Hilal win a dangerous free-kick just on the edge....Khribin to take ...right footed but pulls the ball wide

47'   Silva shoots and drags the ball wide of the Al-Hilal post. Decent spell just after the break from URD.

No changes at the break for either side...

The teams return to the pitch at Saitama ... 45' to go ... Al Hilal need to score to avoid the men in red from claiming the title...

Whistle goes and as we head into the break it remains goal-less here in Saitama.

45'   Into the last minute as Urawa break at one end and the resulting interception finds Khribin offside. Gripping final here in Saitama !

42'   Al Hilal break and bleach blonde Milesi uses the outside of the boot but steers his shot wide. Much better the visitors as the game progresses.

40'   Danger as Al Hilal win a corner and bring the big guns forward... Cleared by Urawa and the danger for the home side abates.

38'   Danger for Al-Hilal as a ball is fired in from the left flank. A clearance from the men in blue and white sees the ball cleared but danger for the visitors.

33'   Al Hilal break and the Urawa rear-guard are forced to clear just as the flag goes up for offside. For all their neat playe nothing of real goal threat  from the men in red. The fans are here in Saitama are amazing it has to be said ... As noisy as any Brazilian, Russian, German etc fans ....

30'   Urawa Red Diamonds 0-0 Al-Hilal after half-an-hour. As it stands the men in red will be crowned AFC champions.

24'   Al Hilal lacking the sharpness of the home side and as the game moves on the Sudi side will need to be more ambitious as Al-Dawsari fires a fierce right footed drive just over the bar. Great strike from the No. 29

21'   All the action in the centre of the park... tense, nervy as one would expect with the stakes so high.

Otayf carded for a foul on Nagasawa. 1-1 in the yellow card stakes.

18'   A barrage of boos and whistles ring out every time the men in blue get the ball as Urawa launch a counter. Half chances so far for Red Diamonds and Al-hilal yet to trouble Nishikawa

16'   Important to add that away goals do count in this 2 legged final (unlike the Libertadores) so a 0-0 will see Urawa crowned AFC champions. 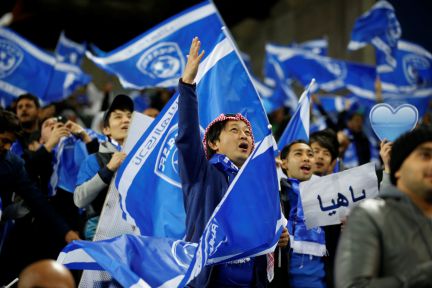 12' Slight lull in noise from the crowd as Endo tries to break into the area.... that noise has just picked up again ...incredible support from the J-League fans as the ball bobbles in the Al-Hilal area from a free-kick

7'   Better from Al-Hilal now having weathered the early impetus from the home side as Nagasawa tries his luck from the edge of the box but straight at the keeper.

5'   Very positive start from Urawa. Dominating possession and not letting the Saudi side any time on the ball.

No let-up from the 63.000 fans that have packed into the Saitama stadium with a raft of colour and noise being created by the home fans. There is a small pocket of blue decked Al-Hilal who have made the trip from Saudi.

5 mins to ko and the atmosphere in Saitama is excellent .... the teams take to the pitch .... 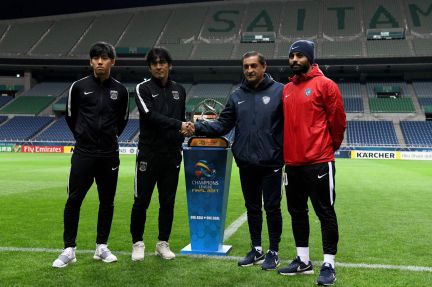 Saudi Arabia's Al Hilal will have to overcome the odds and a resilient Urawa Red Diamonds side if Ramon Diaz's team is to take the Asian Champions League trophy back to Riyadh on Saturday.

The teams played out a 1-1 draw in the first leg in Riyadh last week, with Rafael Silva's opener for Urawa giving the Japanese club a slender advantage going into the return this weekend at Saitama Stadium.

Nearly all the tickets for Saturday's game have been snapped up, according to the Asian Football Confederation, and Urawa fans will be hoping to see their team crowned the continent's best for the first time in a decade.

Urawa have won all three of their home fixtures in the knockout phase of this year's competition and a 0-0 draw will be enough for Takafumi Hori's side to become Japan's first winners of the title since Gamba Osaka in 2008.

Urawa, meanwhile, won their first -- and so far only -- Asian Champions League crown in 2007, when they defeated Iran's Sepahan over two legs.

Al Hilal's hopes are further hampered by the loss to long-term injury of influential Brazilian midfielder Carlos Eduardo, who suffered damage to the anterior cruciate ligament in his left knee in the build-up to Urawa's opener in Riyadh.

"There is still everything to play for and now we must make sure we stay on the same level so we can become champions of Asia," veteran Al Hilal striker Yasser Al Qahtani told reporters.

"After the first leg, the teams now know even more about how each other play, so we know the strong and weak points of the opposition. "I think it will be close but the team that put in the most effort will have the more luck and be able to win the match."

Despite being one of the most successful clubs in Asia, Al Hilal have not claimed regional bragging rights since the competition's inception in 2002 having previously claimed the Asian Club Championship, the tournament's predecessor, in 1991 and 2000.

They went closest in 2014 only to slip to a narrow loss over two legs against Western Sydney Wanderers of Australia.

The safest bet for Saturday's game is a tight contest with a 1-0 win for the home side paying out at 6/1.

Urawa Red Diamonds vs Al-Hilal SC: how and where to watch: times, TV, online