Reports in France have linked the Rojiblancos boss with a move for his compatriot, who has fallen out of favour under Unai Emery at PSG.

Javier Pastore is swiftly becoming a forgotten man in Paris, so far has he slipped down the pecking order under Unai Emery. The 28-year-old Argentinean does have his admirers though and many European clubs have expressed an interest in acquiring the services of the midfielder. The latest coach to join the list of suitors is Diego Simeone, who according to reports in France has started negotiations to bring his compatriot to the Metropolitano in January.

Pastore has become frustrated at his lack of playing time at the Parc des Princes, where the arrivals of Neymar and Kylian Mbappé – and to a lesser extent Julian Draxler – have relegated him to a bench warmer. The Argentinean has made only four starts in seven appearances this season, totalling 510 minutes.

Emery: "Pastore is an important member of the team"

Asked about Pastore, who scored and provided an assist against Nantes last weekend, Emery said: “I want him to be ready for every match and he will have the opportunity to play. He is a very talented player, he’s an important member of the team and that’s why I want him to stay here with us.”

However, Pastore is likely to take a different view and also has an offer from Inter Milan, but Simeone has an eye on luring his compatriot, whose contract expires in 2019, to Madrid. 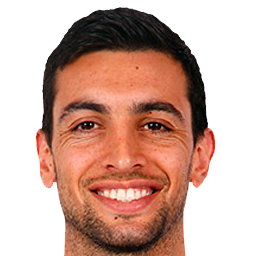