The Valencia full-back asked the Barça midfielder about Leo Messi's disallowed goal during a conversation at half-time in the players' tunnel.

One of the most decisive games of the season was marred by a poor refereeing decision by Ignacio Iglesias Villanueva. Even Valencia's players admitted that Leo Messi's 29th minute shot crossed the goal line, as was clearly shown on television replays.

Gayà admits Messi's shot was over the line

In the players' tunnel at half-time, BeIN Sports cameras captured a conversation between Valencia left-back José Luis Gayà and Barcelona's Sergio Busquets. The valencianista asked Busi whether the ball was fully over the line: "Was it over by a lot?", to which the Barça midfielder responded: "It was well over the line".

Another Barça player, Sergi Roberto, couldn't resist commenting on social media. Injury forced him to miss the match but he posted a message on Twitter to express his disbelief that Messi's goal didn't stand. 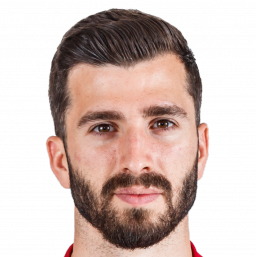 Clear Messi goal not given against Valencia

Tribute to Ortí and that contentious Messi goal