Guardiola: "I can't control myself and I need to do better"

Messi to stay at Barcelona until at least 2021

Guardiola: "I can't control myself and I need to do better"

Guardiola and Nathan Redmond had a heated chat after the game during the week and both have since clarifie and corroborated each other's sides of the story.

Pep Guardiola has been forced to address the confrontation between himself and Nathan Redmond after Manchester City beat Southampton with a last minute winner by Raheem Sterling. The Spanish coach said, "I can't control myself and I have to make an effort to improve. I admire Redmond as a player and I thank him for his comments. If people don't believe me, we should cancel the press conference."

The former Barcelona manager was forced to answer to the FA, who wanted to know what the meeting between the two men consisted of. The comments Guardiola refer to are Redmond's when he took to social media and posted an explainer citing certain publications for falsely stating he called Guardiola "a w*nker".

Just to clear a few things up for those wondering. Funny old game isn’t it. pic.twitter.com/xUSr99MVeE

"I was telling him how good a player he is," Guardiola insisted. "Last season he destroyed us here and I didn't know him. Today, he could not attack because they defended all the time.

"Southampton have some super-talented players, Redmond is so good one-against-one. But they didn't want to play, they were time-wasting from the ninth minute."

Redmond insisted Thursday that he had not been offended by Guardiola's remarks as he confirmed the City manager's version of events in a Twitter statement.

"Yes he was very passionate, intense and aggressive but he was only very complimentary and positive to me," Redmond said. "He commented on my qualities as a young English player and how he wanted me to attack his team more during the game in a similar way to last season.

"I told him I was doing what my manager had asked me to do in the game. That's it. Nothing negative or offensive was said towards me from Pep and that's what makes him one of the best managers in world football.

"Losing the game the way we did in the last kick of the game after working so hard for 90+ minutes I was very disappointment (sic) but when one of the world's best managers compliments you or gives advice in any way, you listen." 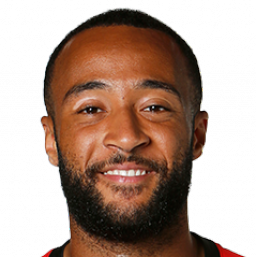