Dortmund lose Philipp and Castro to serious injury ahead of Madrid 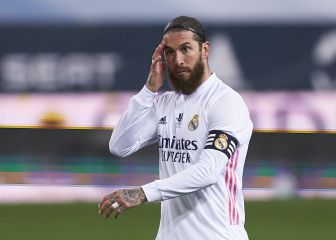 Dortmund lose Philipp and Castro to serious injury ahead of Madrid

The Bundesliga side's problems worsened ahead of the trip to the Bernabéu as Peter Bosz lost two more influential players on Saturday.

Borussia Dortmund’s injury problems continue to pile up as the Bundesliga club lost midfielders Maximilian Philipp and Gonzalo Castro after the duo picked up serious injuries on Saturday in the 1-1 draw at Bayer Leverkusen.

Peter Bosz's team have plunged from first in the Bundesliga to sixth following a winless run that stretched to seven matches after Saturday's against 10-man Leverkusen.

Kevin Volland's first-half goal for Leverkusen was cancelled out by a late equaliser from Dortmund winger Andrey Yarmolenko as the visitors struggled to break down Bayer, who had Wendell sent off after 40 minutes.

The Brazilian left-back was dismissed after catching Castro flush on the ankle with a dreadful tackle, while Philipp had to be stretchered off after injuring his right knee with just five minutes gone in Leverkusen.

"Of course, it hurts that we are very likely to have two serious injuries," said Dortmund's director of sport Michael Zorc. "Especially with Maximilian Philipp, it does not look good and we suspect a serious knee injury. In Gonzalo Castro, it seems to be that he has a torn ligament. Both lads will be out for a long time."

Dortmund last won a Bundesliga game at the end of September.

They face Champions League holders Real Madrid away on Wednesday with only a place in the Europa League to play for as they go into the final round of matches third in their group.

Despite German media reports linking Hoffenheim coach Julian Nagelsmann to Dortmund, Zorc insisted they are not talking to anyone about replacing Dutchman Bosz.

"No, we want to make the turnaround with Peter Bosz. That is our most urgent task," added Zorc.