Gareth Bale, from villain to hero

According to the French periodical the Camp Nou board are keen on the 19-year-old midfielder, who has become a starter this season under Bruno Génésio.

Houssem Aouar has been attracting plenty of attention in Ligue 1 after emerging as a regular starter at Lyon this season and the 19-year-old’s performances have not gone unnoticed at Barcelona.

Under Bruno Génésio at the Groupama Stadium, the France under-21 international has earned a spot in the starting XI and Lyon have been grateful for his versatility: Aouar can play as an attacking midfielder or on the left wing but usually operates in a central midfield role, where he has benefited from the departure of Sergi Darder on loan to Espanyol.

According to L’Equipe, Barcelona are keen to make a move before Aouar attracts more suitors and have already got in touch with the player’s representative to test the water over a potential future transfer. 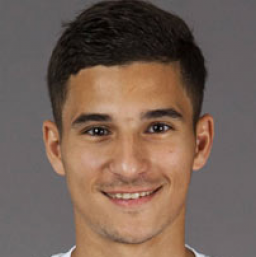